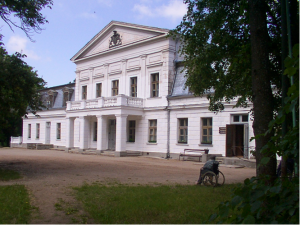 In the Hall of Žagarė Manor Estate the famous Lithuanian singers, groups and a Choir “Brevis” made their performances. The ceremony was finished by colourful fireworks.

During the period of 2015 year, many important and significant cultural events will occur in Žagarė. All the events that promote creativity are dedicated to all groups of a society – children, youth, adults, seniors, families, natives and guests.

This project is dedicated not only to local and regional communities but also to all Europeans. The main and biggest events of ‘Žagarė – Lithuanian Capital of Culture of 2015’ are Žagarė cherry festival that became a beautiful tradition and annual meeting of Charter of European Rural Communities.

In 1198 Žagarė was mentioned for the first time in historical documents as Sagera, but according to the VI-IX century archaeological remains the Lithuanians lived here earlier. Žagarė was established in the Lithuanian part of the historic lands of Ziemgala near the two hills – Raktuve and Zvelgaiciai which were defensively very important. The castles on hills and the defenders were mentioned in the written documents of the early IX century. In XVI century official documents Žagarė was mentioned as a town. The river Svete acted as a natural divide between Old and New Žagarė. 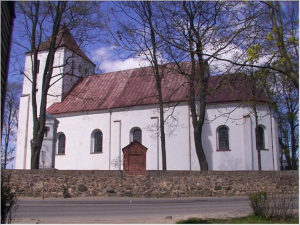 The two silver keys in the red field in the coat of arms of Žagarė symbolizes the union of two cities (Old and New Žagarė). The red colour is a symbol of bravery and shed blood for the motherland, the silver one symbolizes  innocence, honesty and conscience. 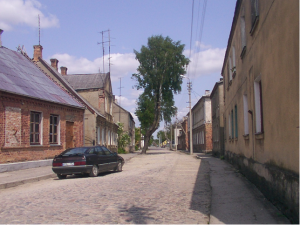 The centre of Žagarė town – famous for its urban and unique architecture. The Old Žagarė is announced as urbanistic monument. The XVI century main street networks, urbanistic architecture, stoned roadway, red-brick houses are saved till nowadays. 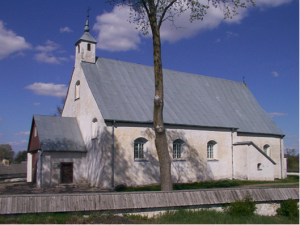 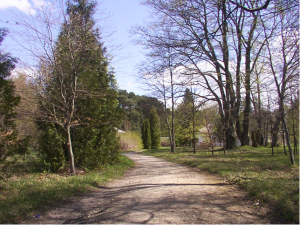 Žagarė manor House mostly is called Naryskinas mansion house. Classical-style mansion house was built in the 19th century. At the end of 2014 it was completely reconstructed.

At present 1501 (2015) inhabitants live in Žagarė. Žagarė occupies the territory of 475,4 ha. The Žagarė town is a centre of Žagarė eldership that was established in 2000. 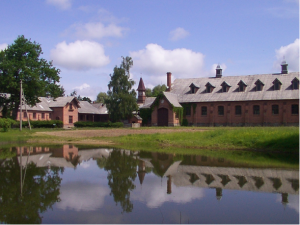 In the town locate such institutions as gymnasium where children gain a secondary education, sports and art schools, a special boarding-school for children who have mental disability, the centre of social services, cultural centre, the health centre, post-office and police station. The natives of Žagarė actively participate in social and cultural activity. 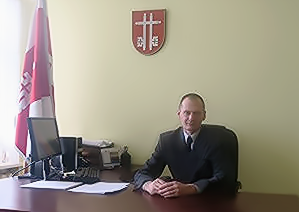