Lying in the north of The Grand Duchy, Troisvierges attributes its unique character mainly to the geographical position and its historical development. It started somewhere in the middle of the forests of the Ardennes when people developed the country.

Troisvierges is mentioned for the first time in 1353, with the German name Ulvelingen, a name that is still in use. Walloon pilgrims used the French name Troisvierges in the 17th century. They started using it when referring to the holy place for to the three virgins Saint Fides, Saint Spes and Saint Caritas. 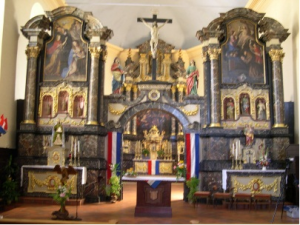 A 1906 topographical map shows the radical transformation experienced by the village of Troisvierges (“Ulflingen” in German, and “Elwen” in Luxembourg dialect) from purely rural village to trading place. The Franciscan church of Troisvierges, built in 1658, with the oldest organ in the country, is a historic building of value with baroque furniture and paintings of Rubens as well as the statue of the Three Virgins (Trois Vierges). 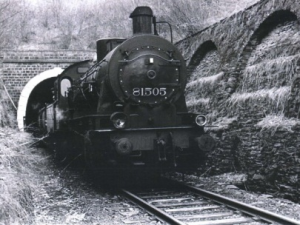 The biggest part of the population was railway and customs employees. The booming and lively village had 1.550 inhabitants in 1910. However, in the aftermath of World War II, the population increased dramatically (less than 1000 inhabitants in 1980!). Fortunately, this negative development stopped in the 1990s, mainly following the establishment of new businesses. The authorities had set up industrial and residential areas, which would have an immediate and positive impact on the population growth of this old rail hub, where the railway has lost much of its past significance.

For over a century, the railway “Vennbahn” was the iron link between Aachen (D) and the north of Luxembourg – Troisvierges, and now it’s one of Europe’s longest railway track cycling trails, 125 kilometres and 3 countries: Germany, Belgium and Luxembourg. , www.Vennbahn.eu. 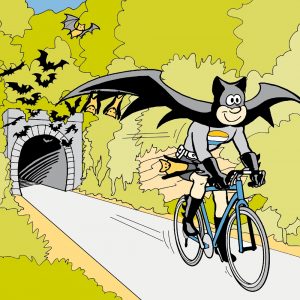 The village, easy to reach by car and train, offers a vast tourist range, which extends from culture to shopping centres. While passing by there are many possibilities for relaxing. Troisvierges is perfect to stay with its two swimming pools, tennis and squash hall, tennis courts, a first-class campsite, the restaurants, hotels and a bank. All around the municipality splendid paths with many sights encourage you to walk in a pure and restful nature.

The old farming population is almost disappeared, and even the small villages present a different blend of social mix. 3.076 people live in the municipality Troisvierges, 42% foreigners, 50 nationalities, where Portuguese (727), Belgian (307) are by far the most numerous, followed by French (48), Dutch (38), German (35) ……

Thanks to modern infrastructures, whether in the area of schools or culture and sports, newcomers can expect a successful integration and long-lasting growth in the region. A large number of businesses have established in the industrial area of Troisvierges. Many more are moving into the area, and it is therefore necessary to plan an extension of the industrial site. This positive attitude is attracting young workers, young families. The population increases further. Troisvierges is located in the natural reserve of Our www.naturpark-our.lu .