In southern Moravia there are lines of vineyards and among them on a hillside there is the village of Starý Poddvorov. It is our native village, in May it is all in boom, I want to live only in such an area where grapevine ripens and wine has its typical shimmer…

The history of the village dates back to the 13th century where it is mentioned as one of the 63 settlements of the region. The first written (mention) reference about the anonymous village of Potvorov dates back to the year 1704 and since 1924 it has got its current name 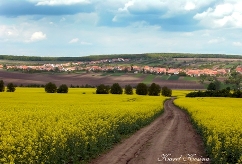 The settlement developed from wine cellars under vineyards which is backed up also by a seal from the year 1779. As the history suggests it was an agricultural village orientated predominantly on grapevine growing which is kept up to the present. In the 1940s oil extraction started in the very near surrounding.

With its location at an altitude of 220-250 metres and less than 1000 inhabitants it ranks among middle-sized village. 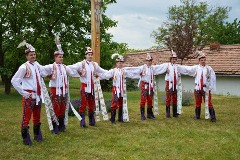 The rich folklore still exists in the region that springs to life during numerous feasts and festivals. In the middle of June we can experience a two-day long children´s festival. This children’s folklore show is international in scope. (The children’s ethnographic ensemble Kordulka (“a special vest that is part of a folk costume”) was established in 1996. It is connected with the traditions of the village, in particular with the Children’s feast in folk costumes and the singer’s competition.) 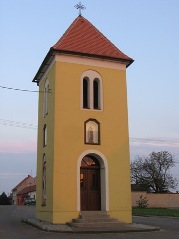 And also every first Sunday in August there is the traditional feast celebrated in Starý Poddvorov.

In the field of folk creativeness the village is renowned for its folk costumes embroidery. The local diligent women create the beauty of shirts, special sleeves and aprons. 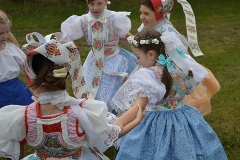 Another tradition that was preserved in our village is the engraving of Easter eggs. The technique of ornament creation and dying is kind of “trade secret” of every author.

Several architectural sights in our village deserve your attention. The bell tower built in 1885, dedicated to St. Martin, dominates the village. The modern church from 1994 bears the same name. There are number of small religious objects located around the village such as pictures, crucifixes and chapels. 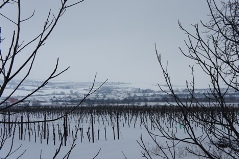 But the main monument to see is the all-wood windmill of the ram type from 1870. It was restored in 2003. Its interior shows how flour was produced in the past. It stands on a hill just three kilometres from the village. According to a legend it was built by a citizen of the neighbouring village, who got rich thanks to finding a military treasure. 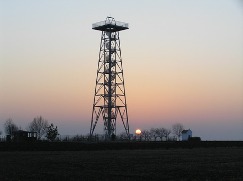 In the last decade the village underwent an intensive development in the field of infrastructure and services for its inhabitants. The village paid attention to (affording opportunities for) stabilization of its inhabitants by building flats for young families.

Wine and cycle paths go through the village and its surroundings and attract people to visit this area. If you visit Starý Poddvorov, you will meet helpful hospitality of local citizens. 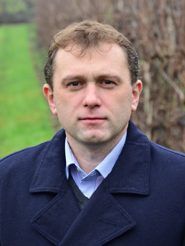