The town is situated in the east of Slovakia and lies in a pictures valley. It is surrounded with beautiful mountains (1200 meters above sea level), with rich wild life and fauna. 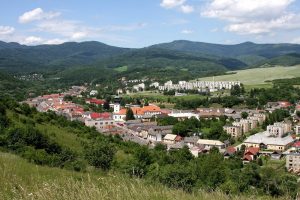 The town is one of the gates in to the National park Slovak krast. There are 700 caves and abyss.

The history at the town dates back to the 13th century. German colonists established the town in 1241 after the Mongol invasion under the rule of Bela IV. 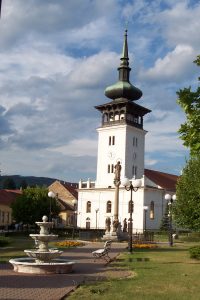 The Roman Catholic church from 15th century has been rebuild in 1753 in todays baroque style. In 1892 a fire destroyed the tower, roof and bell tower. In 1932 gained today’s looks.

In the centre of the town is a baroque pillar from the 18th century.

The most iconic for our town is historic technical sight the blacksmith forges which is water powered. In there our ancestors produced tools for the farming industry.

Copper and iron ore was mined in the local minds and the country was rich of natural water resources. These forges date back to 1376.

The biggest boom of the blacksmith industry came in the last third of the 19th century, when there were 109 blacksmith forges with 198 fireplaces in operation in the surrounding creeks.

The local black smiths were producing tools which were of high quality and were sold all over Europe. 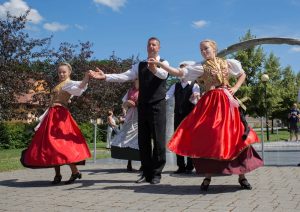 Today is Medzev  the small town, with good infrastructure. We have a school, nursery, high school and great art school with 500 pupils. The town has a engineering industry, health centre, cafés, shops, restaurants, banks, a doctor, a dentist, a police station, post office, etc.

In the last decate the town underwent an intensive development in the field of infrastructure.

In our town we have a rich cultural and sport events.

Apart from sports of every type like football, handball, table tennis and a tests of strength, we have every year a traditional half marathon competition.

Our clubs present traditional culture such as Karpatian German Association with singing and dancing elements, brass band, accordion band and other group, which performed our culture.