Kandava, which is among the most beautiful provincial towns of Latvia, captivates the traveller by its antique architecture, cobbled streets and lanterns, and by the most marvellous landscapes of the undulating terrain divided by the meandering Abava River. The town is located in this charming valley and is 94 km away from the capital. Kandava was first mentioned in writings in 1230 – the contract between the Eastern provinces and Riga Mara cathedral church, Riga town council and crusaders.

Kandava boasts the oldest boulder bridge in Latvia and a powder tower from the times of Duke Jekabs. Established next to the Old Town Square, the Promenade has become the heart of the place. This is a place to gather and socialize, relax and celebrate for both townsfolk and visitors; this is a place for families with children to spend quality time together. It is also intended to set up a workshop for craftsmen alongside with a gift shop, and a cosy café will find a place within the old stone walls. 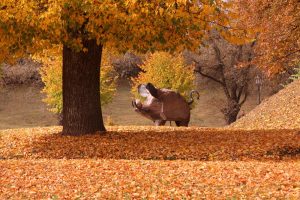 Kandava and a part of the Kandava municipality are situated in the nature park of the ancient Abava river valley and in the territory of cultural history “Abava valley”. 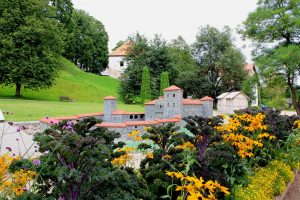 It was formed Kandavas novads- first county in Latvia. It’s been 18 combined living and farming years. The number of years is not great, but important, because people have learned to live together, work together and jointly think about the future. 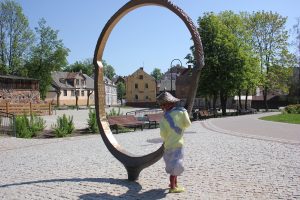 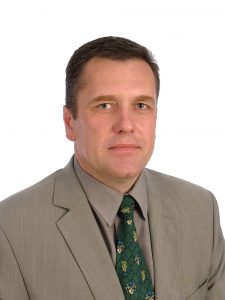