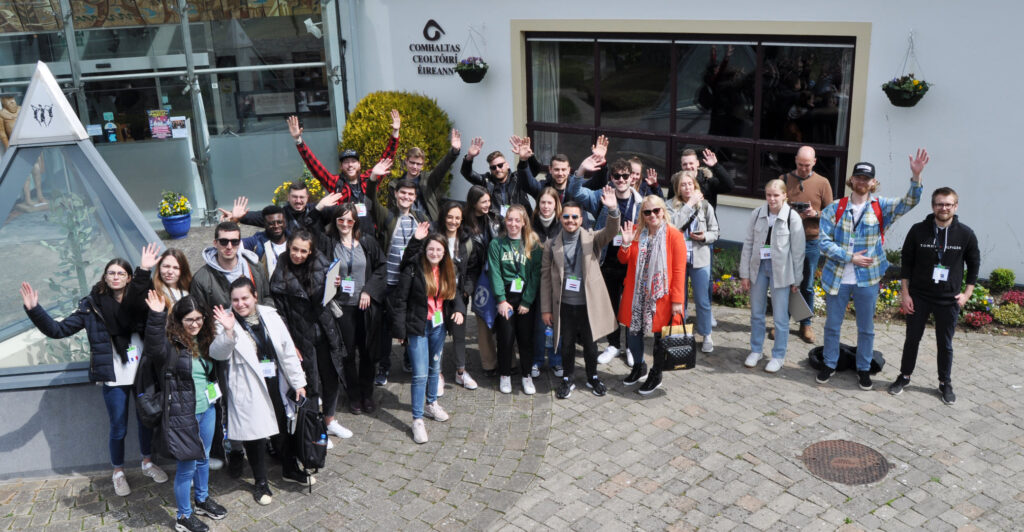 Last week our friends from Cashel, Ireland welcomed us in their municipality for the first youth meeting of the LYCEUM project after two and a half years of hiatus.
Upon the arrival on Thursday evening, youngsters gathered in Brosnans’ Pub for an entertaining table quiz and live music.

The programme began on Friday morning with the introduction to the Charter and the LYCEUM project, and continued with usual icebreaking activities. Seán Laffey presented Public Participation Network, while the Youth Co-ordination finished the morning session with a debate.

In the afternoon youngsters were introduced with the host town and the Cashel playground project, and took part in treasure hunt and filming of Visions of EUtopia documentary.

The day finished with traditional culinary evening and entertainment at the Brian Boru Pub.

On Saturday morning the delegates were welcomed by the representatives of the Cashel Recycling Centre Waller’s Lot after which they got the opportunity to learn more about Ireland’s national sport – Hurling. Visit to Cashel wouldn’t of course have been comple without seeing its most famous landmark – The Rock of Cashel.
In the afternoon our delegates got the chance to learn to play traditional Irish music and performe traditional Irish dance.
After the civic reception at the Town Plaza, the meeting wrapped up with community dinner and entertainment programme.

LYCEUM project is financed by the Europe for citizens programme of the European Union.