The municipality of Bièvre with its twelve picturesque and peaceful villages is situated at an altitude of 348 meters on a plateau of the Belgian Ardennes in the south of the province of Namur. The municipality lies in the valley of the rivers Semois and Lesse, on the main road halfway between Beauraing (pilgrimage) and Bouillon (famous castle).

Bièvre attributes its name to the beaver which you will find on the armorials bearing, the flag as well as on the weather vane on the top of the Town Hall. 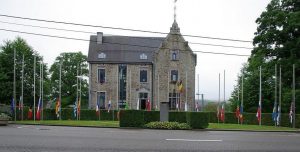 Bièvre is famous for and very proud of, its wonderful Town Hall with its large library and Cultural Centre. The building used to be a hunting lodge and the Cultural Centre is now located in the old stables for horses and hunting dogs. The library celebrated its tenth birthday in 2013. Aware of the importance of the literature, in our rural district far away from the cultural and literary centres, the municipality decided to create an infrastructure available to the  citizens and particularly to the young people. Our library counts more than 15000 works and welcomes about 500 readers every year. More than 5000 books are read every year. Our Cultural Center is a place for meeting and cultural exchanges. Varied activities such as shows, entertainments, exhibitions, conferences and so on, are proposed. In brief, moments of relaxation and user-friendliness.

The municipality has a rich architectural heritage with for example: the fountain of St Furcy in Bellefontaine, the tower of St Denis’s Church and the Chapel in Oizy, but also old public washtubs in the middle of the villages, where women used to do the laundry.

Bièvre has approximately 3200 inhabitants. In former times it was an agricultural community which for a large part provided its own needs. Nowadays most people work in offices or in factories in and around Bièvre. Bièvre has developed economically and has now an industrial park where several small factories have established themselves.

Six villages have a local primary school, where children are taught from two and a half years old up to twelve years old. Afterwards the students go by bus or by train to the middle and secondary schools in the surrounding area. There is also a train station in Bièvre that lies on an important double track line for the transport of travellers and goods. 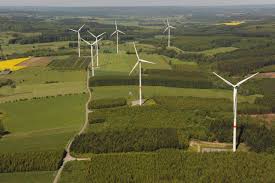 In the municipality, the inhabitants have a wide choice for leisure activities. There are two football clubs and if you do not like football, you can play tennis, table tennis or practice horse riding, mountain biking, gymnastics, modern dance or paintball. There is also an art class where children and adults can learn how to paint and to sculpture. A local theatre group performs one play every year. 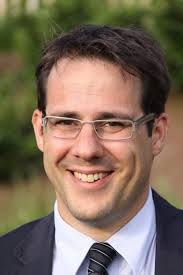